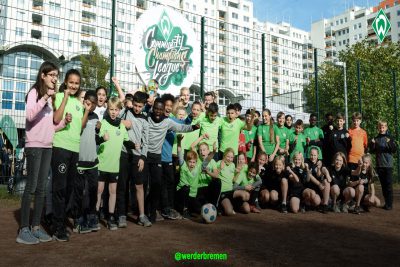 he Community Champions League is a social street football competition taking part in the local communities of each of the collaborating member clubs, involving children from the ages of 7 through to 15 but with a view to including the support of the whole neighbourhood. The teams play against other neighbourhood teams within their city but with the aim of promoting social integration through sport, the result of the street football matches will only count for one-third of the available competition points. The majority of the points being awarded on the basis of the teams, and their supporters, fair play, open-minded support of opponents and making positive contributions within their own communities.

The participating clubs share their first experiences, talk about challenges, discuss the finance and start to prepare the multiplier event in 2021.