The ‘Community Champions League’ methodology is based on the Dutch Street League project which is proven in the Netherlands and will promote social cohesion across the different neighbourhoods of the cities of the participating clubs. In cities like Bremen, Oslo, Rotterdam, Lisbon and London the number of refugees and migrants from varying cultures and backgrounds has grown significantly over the last 3 years and the programmes aim to provide opportunities for young refugees to participate in a safe and structured activity, assisting with their development and integration into society.

The 30-month project will provide the opportunity for the participating clubs to deliver a pilot project in their city for two years, building partnerships with local schools, housing associations, grassroots clubs, welfare organisations etc. The project will use a fair play and support system as part of the methodology in order to ensure that it is about more than just football. There will be 12 teams in each city with each team made up of 10 players. 60 matches will be played with a final international tournament taking place in May 2021. While there is a set of rules used across the project, these are flexible based on the pitches and facilities available. Teams will be able to earn points by showing good sportsmanship and good behaviour even if they lose a game. They will also gain points through fair support from their fans, volunteering in their communities, participating in educational workshops, among other activities. The Community Champions League methodology will be tested and delivered twice at key milestones during the lifecycle of the project.

Representatives from the clubs involved in the Community Champions League came together to discuss the project delivery and share their expertise along with any relevant experience.  For instance, Aberdeen FC currently runs multiple projects targeted towards youth that were highlighted by the fact that 2018 was the Year of Young People in Scotland.  Additionally, Club Brugge and Vålerenga Fotball have both worked with schools and young children in some of their projects, and the ‘Community Champions League’ is a great fit for Benfica’s current target groups. SV Werder Bremen and Chelsea also both have several social inclusion and integration projects in their cities and shared their expectations and what their club can bring to the overall project.

NAC Breda and Feyenoord’s input was particularly relevant as they were able to share their experiences over several years of working with the successful Dutch Street League.  Both Dutch clubs presented their current methodology for the project including their recruitment process, their matchday scoring, their use of staff and volunteers throughout the year and what aspects of their delivery they have modified to increase their impact. The representatives discussed what approach each of them might use to deliver the programme in their own city which involved discussing their recruitment process and how they may approach potential partners.

Overall, it was a great start getting the participants together for the two days and we look forward to seeing everyone again at the next meeting in London. 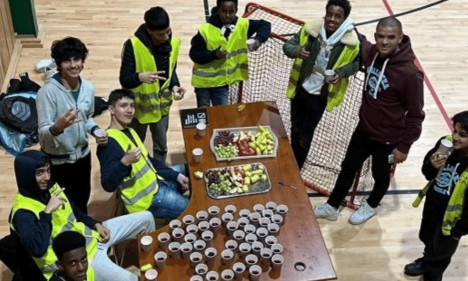 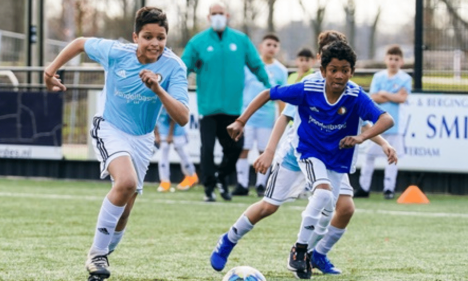 Looking back: good numbers in the first half of the season at Feyenoord 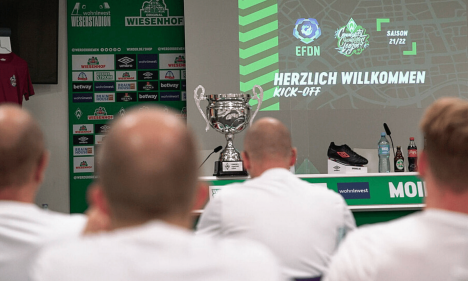 Kick-off for the new season of the Community Champions League